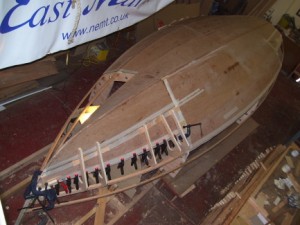 She was built during the early part of 2009 for the Customs House “Coat for a boat Project”. Picture shows the hull about half way through being paneled. The were 40 panels in the completed boat which was made in 4 sections so that she could go upstairs in the exhibition room. Once installed there she was covered in knitting and did look impressive. 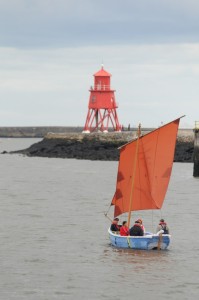 Subsequently Salma’s Dream was launched and proved she really could sail.

Further appearances followed at London’s Crystal Palace and Harrogate. She has stolen the show wherever she has been seen.

Unfortunately Salma’s Dream is only available for viewing when on tour.